I've recently learned of an issue that may affect some BikeCAD Pro users running PCs with ultra HD monitors. With the help of Alex Cook of A-train Cycles, I've discovered a solution.

Below is an image containing portions of two screen captures. The top portion appears blurry while the bottom portion appears crisp and clear. Both the top and bottom portions were taken of BikeCAD version 13 on an ultra-HD monitor with Windows 10 set to display text and icons at 250% of normal size. Why is one blurry and the other clear?

So how can we make BikeCAD's icons and other elements look clear when we use Windows 10 to scale up text and icons for other programs as shown at the very bottom of this post?

As it turns out, the solution seems to be related to how BikeCAD is packaged for PCs. While older versions of BikeCAD required that the Java runtime environment (JRE) be installed on any PC running BikeCAD, BikeCAD version 13 is bundled as a native package meaning it can be installed with a normal Windows executable setup file and does not require that Java be installed as well. BikeCAD version 13 is still a Java application, it just contains all the required Java resources within its own self contained package. Although it was never a huge ordeal to ensure that the JRE was installed on a machine before using BikeCAD, the need to do this was nevertheless a slight nuisance for some builders and therefore I'm pleased to have moved to this method for packaging BikeCAD and expect to continue using this approach with future updates.

Having said that, if you are using a UHD monitor and do need to scale up your display you may find, as Alex Cook did, that your BikeCAD display will look more clear if you use a version of BikeCAD that was not bundled as a native package. The lower portion of the screen capture below shows a special copy of BikeCAD version 13 which was bundled in the old way (requiring the Java Runtime Environment). I don't understand why BikeCAD works better with the Windows 10 scaling feature when used in conjunction with the JRE. However, that seems to be the case for at least one user.

If you are a BikeCAD Pro customer who would like a copy of version 13 bundled in the old way, please let me know and I will add the link to your downloads tab. 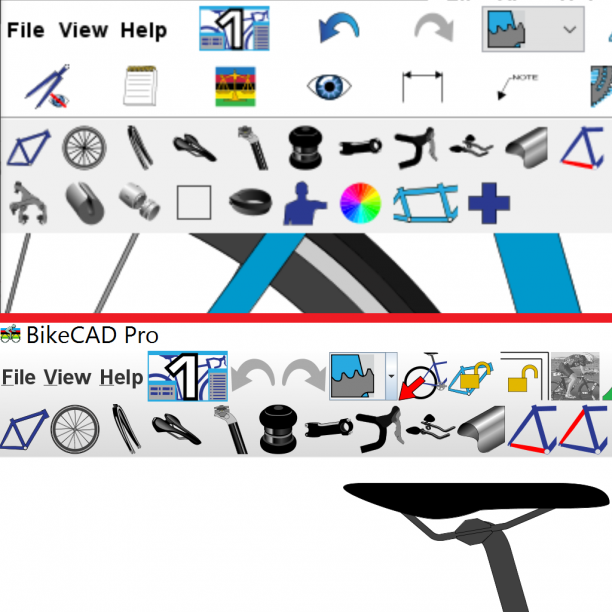 Below is the interface used to scale icons and text in Windows 10. 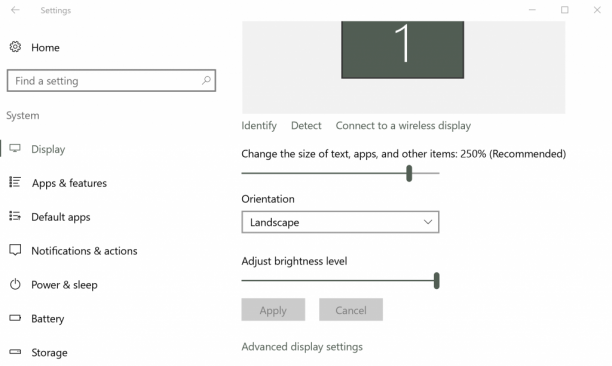